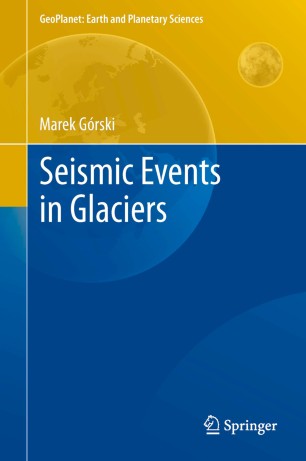 The occurrence of seismic events in glaciers has been an issue in the scientific literature since the early 1950s, following the report about icequakes in Baffin Island. Targeted seismological studies were undertaken by the Polish Expedition to Spitsbergen in 1962 and then continued at various glaciers in the Arctic, Antarctic and the Alps. The author of the book has been engaged in the project since 1970; he designed the layout of observations and instrumentation. The quakes he observed were categorized into two groups: typical seismic events called icequakes, and relatively long-period events named ice vibrations. In the case of icequakes, the space-time distributions and focal parameters were determined. In the case of ice vibrations, a spectral analysis was made. The present book is a synthesis of the results obtained. There are reports that the number of seismic events in glaciers has recently grown, which may be related to changing geometry of glaciers due to changing thermal conditions.