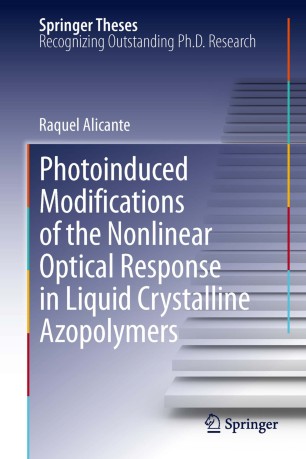 Nonlinear optical (NLO) phenomena such as frequency conversion have played a key role in the development of photonic technologies. This thesis reports a detailed study of the molecular response of a large variety of push-pull organic compounds using the Second Harmonic Generation technique, which will serve as a starting point for the investigation at the macroscopic scale of azobenzene-based liquid crystalline polymeric films and their blends with highly efficient NLO chromophores. These materials are designed with the aim of exploiting their photo-addressability in order to tailor their nonlinear behaviour. The magnitude and symmetry of their nonlinear response was successfully controlled via light irradiation and thermal treatments. Moreover, as a specific application, the recording of efficient NLO gratings was achieved and is described here.