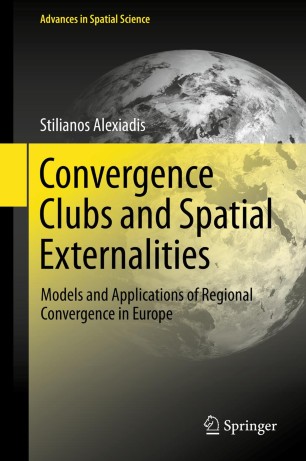 Models and Applications of Regional Convergence in Europe

Do dynamic externalities, in the form of technology creation, adoption and spatial agglomeration shape the pattern of regional growth in Europe? This study provides an alternative view on regional convergence. A model is developed which attributes club-convergence to existing differences with respect to the degree of technology adoption. In the first instance, empirical results suggest that the NUTS-2 regions of the EU-27 converge at a very slow rate. Further tests, however, indicate that convergence is restricted to a specific subset of regions. Such conclusions are tested further, using an alternative model of club-convergence, which incorporates the impact of spatial interaction, agglomeration externalities and technology. This shows that the convergence-club in Europe follows a certain geographical pattern and all members share similar characteristics regarding technology creation and adoption, and agglomeration externalities.  ​

Stilianos Alexiadis is researcher in the Ministry of Rural Development & Foods of Greece, Department of Agricultural Policy & Documentation. He received a PhD from Manchester Metropolitan University and published extensively on topics of regional growth, technology and convergence.