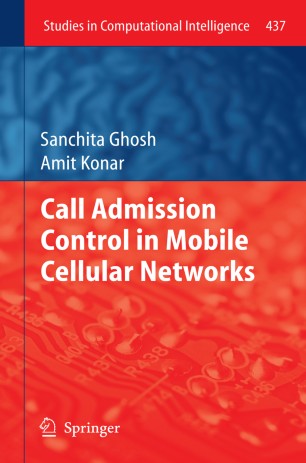 Call Admission Control (CAC) and Dynamic Channel Assignments (DCA) are important decision-making problems in mobile cellular communication systems. Current research in mobile communication considers them as two independent problems, although the former greatly depends on the resulting free channels obtained as the outcome of the latter. This book provides a solution to the CAC problem, considering DCA as an integral part of decision-making for call admission. Further, current technical resources ignore movement issues of mobile stations and fluctuation in network load (incoming calls) in the control strategy used for call admission. In addition, the present techniques on call admission offers solution globally for the entire network, instead of considering the cells independently.

CAC here has been formulated by two alternative approaches. The first approach aimed at handling the uncertainty in the CAC problem by employing fuzzy comparators.  The second approach is concerned with formulation of CAC as an optimization problem to minimize call drop, satisfying a set of constraints on feasibility and availability of channels, hotness of cells, and velocity and angular displacement of mobile stations.  Evolutionary techniques, including Genetic Algorithm and Biogeography Based Optimization, have been employed to solve the optimization problems. The proposed approaches outperform traditional methods with respect to grade and quality of services.