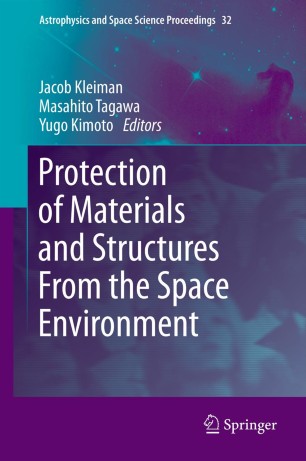 Protection of Materials and Structures From the Space Environment

The goals of the 10th International Space Conference on “Protection of Materials and Structures from Space Environment” ICPMSE-10J, since its inception in 1992, have been to facilitate exchanges between members of the various engineering and science disciplines involved in the development of space materials, including aspects of LEO, GEO and Deep Space environments, ground-based qualification, and in-flight experiments and lessons learned from operational vehicles that are closely interrelated to disciplines of the atmospheric sciences, solar-terrestrial interactions and space life sciences.

The knowledge of environmental conditions on and around the Moon, Mars, Venus and the low Earth orbit as well as other possible candidates for landing such as asteroids have become an important issue, and protecting both hardware and human life from the effects of space environments has taken on a new meaning in light of the increased interest in space travel and colonization of other planets.

And while many material experiments have been carried out on the ground and in open space in the last 50 years (LDEF, MEEP, SARE, MISSE, AOP, DSPSE, ESEM, EURECA, HST, MDIM, MIS, MPID, MPAC and SEED), many questions regarding the environmental impact of space on materials remain either poorly understood or unanswered. The coming generations of scientists will have to continue this work and tackle new challenges, continuing to build the level of confidence humans will need to continue the colonization of space. It is hoped that the proceedings of the ICPMSE-10J presented in this book will constitute a small contribution to doing so.