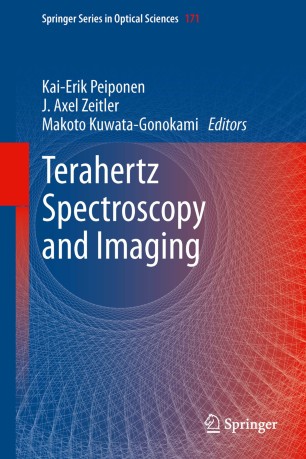 "This book presents the current state of knowledge in the field of terahertz spectroscopy, providing a comprehensive source of information for beginners and experienced researchers alike whose interests lie in this area. The book aims to explain the fundamental physics that underpins terahertz  technology and to describe its key applications. Highlights of scientific research in the field of terahertz science are also outlined in some chapters, providing an overview as well as giving an insight into future directions for research.

Over the past decade terahertz spectroscopy has developed into one of the most rapidly growing areas of its kind, gaining an important impact across a wide range of scientific disciplines. Due to substantial advances in femtosecond laser technology, terahertz time-domain spectroscopy (THz-TDS) has established itself as the dominant spectroscopic technique for experimental scientists interested in measurements at this frequency range. In solids and liquids THz radiation is in resonance with both phonon modes and hydrogen bonding modes, which makes it an ideal tool to study the interaction between molecules in a unique way; thus opening a wealth of opportunities for research in physics, chemistry, biology, materials science and pharmaceuticals.

This book provides easy access to scientists, engineers and students who want to understand the theory and applications of modern THz spectroscopy."