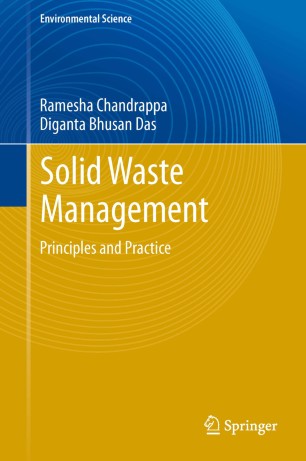 Solid waste was already a problem long before water and air pollution issues attracted public attention. Historically the problem associated with solid waste can be dated back to prehistoric days. Due to the invention of new products, technologies and services the quantity and quality of the waste have changed over the years. Waste characteristics not only depend on income, culture and geography but also on a society's economy and, situations like disasters that affect that economy.

There was tremendous industrial activity in Europe during the industrial revolution. The twentieth century is recognized as the American Century and the twenty-first century is recognized as the Asian Century in which everyone wants to earn ‘as much as possible’. After Asia the currently developing Africa could next take the center stage. With transitions in their economies many countries have also witnessed an explosion of waste quantities.

Solid waste problems and approaches to tackling them vary from country to country. For example, while efforts are made to collect and dispose hospital waste through separate mechanisms in India it is burnt together with municipal solid waste in Sweden. While trans-boundary movement of waste has been addressed in numerous international agreements, it still reaches developing countries in many forms. While thousands of people depend on waste for their livelihood throughout the world, many others face problems due to poor waste management.

In this context solid waste has not remained an issue to be tackled by the local urban bodies alone. It has become a subject of importance for engineers as well as doctors, psychologist, economists, and climate scientists and any others. There are huge changes in waste management in different parts of the world at different times in history. To address these issues, an effort has been made by the authors to combine their experience and bring together a new text book on the theory and practice of the subject covering the important relevant literature at the same time.