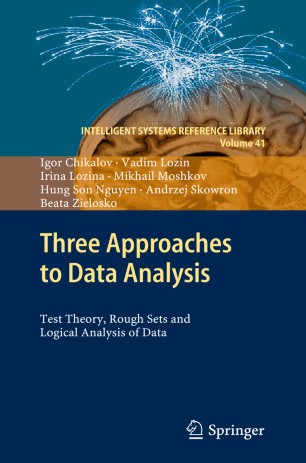 In this book, the following three approaches to data analysis are presented:

These three approaches have much in common, but researchers active in one of these areas often have a limited knowledge about the results and methods developed in the other two. On the other hand, each of the approaches shows some originality and we believe that the exchange of knowledge can stimulate further development of each of them. This can lead to new theoretical results and real-life applications and, in particular, new results based on combination of these three data analysis approaches can be expected.

“The aim of this book is to present three approaches to data analysis: test theory (TT), rough sets (RS) and logical analysis of data (LAD). … The book can be used successfully by researchers interested in data analysis.” (Ion Iancu, Zentralblatt MATH, Vol. 1254, 2013)