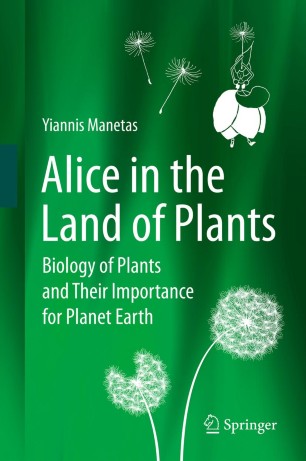 Alice in the Land of Plants

Biology of Plants and Their Importance for Planet Earth

Why is it that plants do not need to move? How does a nonmotile organism have sex or defend itself? Why are plants asymmetric and not of a fixed size? Why are some plants virtually immortal? Why is cloning a routine matter in the plant kingdom? What is the mechanism that allows plants to exploit a practically inexhaustible extraterrestrial energy source? How do plants regulate the composition of our planet’s atmosphere, its water cycle, the cycle of matter and energy, and ultimately our climate? Why have there not been mass extinctions among plants as there have been among animals? How do plants perceive the animate and inanimate worlds? How do they communicate with one another? In the end, are plants intelligent organisms?

These are some of the questions this book addresses in an attempt to convince readers that contrary to popular – and wrong  – belief, plants are not simple organisms lacking specific behaviour and intelligence and thus are unworthy of our interest. In fact, this book promises to be as pleasant a surprise as Alice’s experience in the white rabbit’s warren, in which she encountered a world very different from ours.

Yiannis Manetas was born in Athens, Greece (1947), studied natural sciences and geography at the University of Athens (1970), and received his doctorate in biological sciences from the University of Patras, Greece (1976). Since 1978, he has held several different research and teaching positions at the University of Patras, where he currently is Professor of Plant Physiology in the Department of Biology. He also has participated in research at the Universities of Goteborg (Sweden), Stirling (Scotland), and Essen and Karlsruhe (Germany), as well as at the Abisko Research Station (Swedish Lapland). His publication list includes more than 120 research papers and review articles in international journals. His current research interests concern the ecophysiology of Mediterranean plants, the role of foliar anthocyanins, and the function of nonfoliar chloroplasts.

“In this new book, experienced plant physiologist Manetas (Univ. of Patras, Greece) draws attention to the fascinating and complex world of plant biology. In an effort to reach a wide audience, the author writes in a more general style, with minimal specialized jargon. … Summing Up: Highly recommended. Lower-division undergraduates and general readers.” (R. B. Pratt, Choice, Vol. 50 (5), January, 2013)