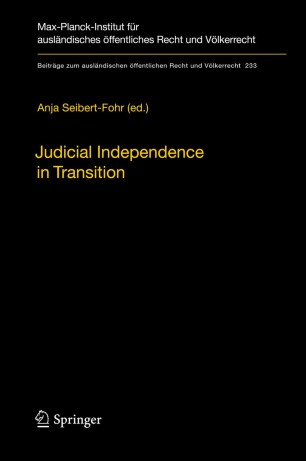 Strengthening the rule of law has become a key factor for the transition to democracy and the protection of human rights. Though its significance has materialized in international standard setting, the question of implementation is largely unexplored. This book describes judicial independence as a central aspect of the rule of law in different stages of transition to democracy. The collection of state-specific studies explores the legal situation of judiciaries in twenty states from North America, over Western, Central and South-Eastern Europe to post-Soviet states and engages in a comparative legal analysis. Through a detailed account of the current situation it takes stocks, considers advances in and shortcomings of judicial reform and offers advice for future strategies. The book shows that the implementation of judicial independence requires continuous efforts, not only in countries in transition but also in established democracies which are confronted with ever new challenges.