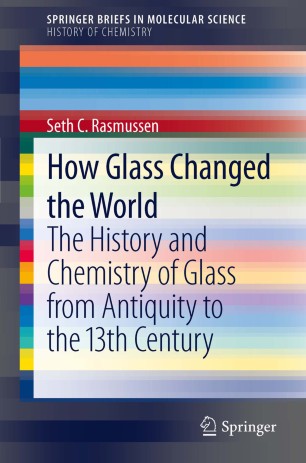 How Glass Changed the World

Glass production is thought to date to ~2500 BC and had found numerous uses by the height of the Roman Empire. The modern view of glass-based chemical apparatus (beakers, flasks, stills, etc.) was quite limited, however, due to a lack of glass durability under rapid temperature changes and chemical attack. In the mid 1200s, this began to change as the glassmakers of Venice and Murano began blending previous Roman methods with raw materials from the Levant, as well as developing pretreatment and purification methods of the raw materials used. The combination of these practices resulted in a new glass with a strength and high melting point suitable for use in chemical apparatus. The ability to produce vessels from glass allowed much greater freedom and versatility in the design of chemical apparatus. In addition, the resulting improved glass technology lead to the invention of eyeglasses and a vast improvement in still design, which in turn allowed the isolation of important materials such as alcohol and the mineral acids. This text will give an overview of the history and chemistry of glass technology from its origins in antiquity to its dramatic expansion in the 13th century, concluding with its impact on society in general, particularly its affect on chemical practices.