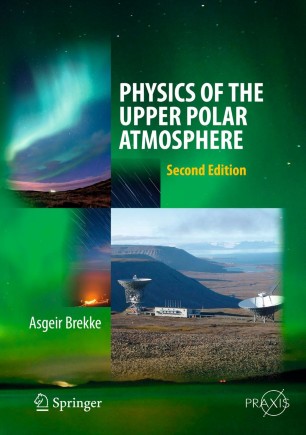 Physics of the Upper Polar Atmosphere

I started out as as research assistant for the Auroral Observatory in Tromsø i 1966 and completed my Cand Real exam in physics at the Univerity of Oslo based on auroral optical stuides from Tromsø and Svalbard. In 1972 I left the observatory for a position at the University of California in San Diego (UCSD)  where I was engaged as a research scientist on the Chatanika Incoherent Scatter Radar sytem close to Fairbanks Alaska. After two years at UCSD I went back to a permanent position as associate professor at the Auroral Observatory that in the meantime had become a cornerstone in the newly established University of Tromsø (UiT). Based on the work I did at UCSD I obtained my Dr. philos degree in 1975 at UiT. From in 1989 I was appointed full professor in physics at UiT. In 1993 I was appointed adjunct professor at The University Centre on Svalbard. I therefore have a long experience as university teacher in physics with central elements in auroral and upper polar atmosphere physics. I started out working on this book in support of my lectures when I became  employed in a permanent position at UiT in 1976..
In 1997 I published the text book "Physics of the Upper Polar Atmosphere" that the present book is a revision of. This book has been used extensively by students all over the world and it has been translated into Japanese. As this book is sold out from the printer I have been approached many times by collegues whether it could be published as a second edition.