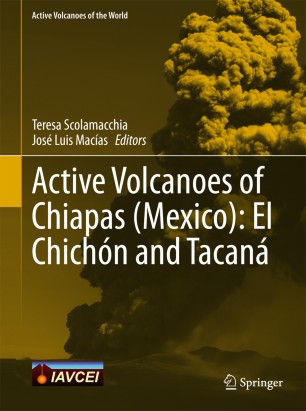 Part of the Active Volcanoes of the World book series (AVOLCAN)

This publication summarizes the studies carried out at two of the most active volcanoes of Chiapas (Mexico): El Chichón and Tacaná. El Chichón erupted explosively in 1982 killing more than 2000 people being the worst volcanic disaster in Mexico, and Tacaná produced two mild phreatic explosions in 1950 and 1986. Only after these explosions a surge of new studies began to unreveal their volcanic history and impact.
This book presents the state of the art advances in topics related to the geologic setting of the two volcanoes, their eruptive history and composition of erupted products, the hydrothermal systems and their manifestations. Volcanic hazards and risks and possible mitigation plans are discussed based on the experience of the catastrophic eruption of El Chichón that occurred in 1982. The book will also include previously unpublished material on the flora and the fauna of the region and archaeological and social aspects of the area that is inhabited by indigenous people.