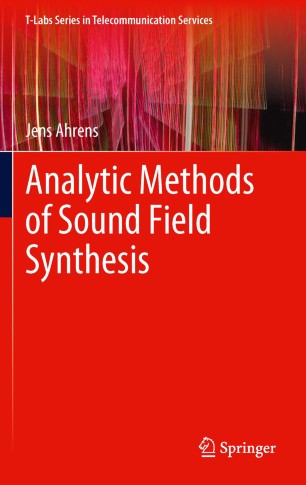 This book treats the topic of sound field synthesis with a focus on serving human listeners though the approach can be also exploited in other areas such as underwater acoustics or ultrasonics. The author derives a fundamental formulation based on standard integral equations and the single-layer potential approach is identified as a useful tool in order to derive a general solution. He also proposes extensions to the single-layer potential approach which allow for a derivation of solutions for non-enclosing distributions of secondary sources such as circular, planar, and linear ones. Based on above described formulation it is shown that the two established analytic approaches of Wave Field Synthesis and Near-field Compensated Higher Order Ambisonics constitute specific solutions to the general problem which are covered by the single-layer potential solution and its extensions. The consequences spatial discretization are analyzed in detail for all elementary geometries of secondary source distributions and applications such as the synthesis of the sound field of moving virtual sound sources, focused virtual sound sources, and virtual sound sources with complex radiation properties are discussed. An accompanying website provides MATLAB/Octave scripts for all simulations contained in the book.