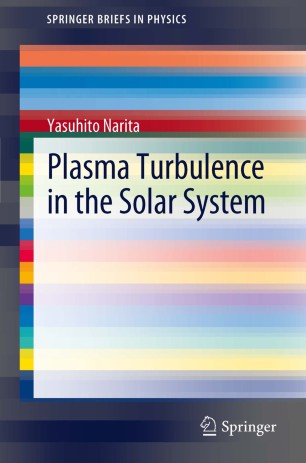 Plasma Turbulence in the Solar System

Dynamics of astrophysical systems is often described by plasma physics, yet understanding the nature of plasma turbulence remains as a challenge in physics in both theories and experiments. This book is an up-to-date summary and review of recent results in research on waves and turbulence in near-Earth space plasma turbulence, obtained by Cluster, the multi-spacecraft mission. Spatial and temporal structures of solar wind turbulence as well as its interaction with the bow shock ahead of the Earth are presented using Cluster data. The book presents (1) historical developments, (2) theoretical background of plasma physics, turbulence theories, and the plasma physical picture of the solar system, (3) analysis methods for multi-spacecraft data, (4) results of Cluster data analysis, and (5) impacts on astrophysics and Earth sciences.

The author is a senior scientist and lecturer (Privatdozent) at Institute of Geophysics and Extraterrestrial Physics, Technical University Braunschweig. His professional experience includes positions as Data analyst of Cluster and THEMIS mission and Co-Investigator of Magnetometer Experiment in BepiColombo mission. He has won a number of respectable awards including: