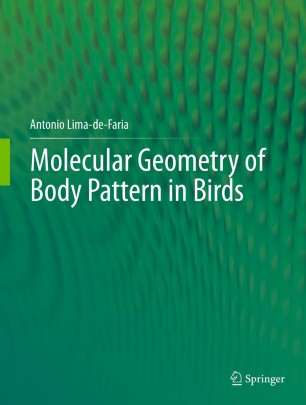 After having read this book you will never see birds in the same way again.

The unexpected patterns displayed by a bird’s body have been seen as bizarre events that demanded little attention or were described as ‘amazing curiosities’.

None of these surprising features seem to be coincidental. Rather, they appear to be an integral part of a rigid order and a coherent geometry, which is directed by simple gene interactions and molecular cascades occurring at various cellular levels, and at different times, during the organism’s development.

This novel geometry unfolds in front of your eyes, giving the body configurations another meaning.

Lima-de-Faria is Professor Emeritus of Molecular Cytogenetics at Lund University, Lund, Sweden. This is his sixth book dealing with the molecular organization of the chromosome and its implications for the understanding of the mechanisms responsible for biological evolution.