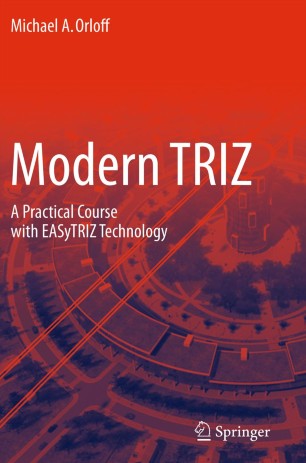 A Practical Course with EASyTRIZ Technology

Right here, at this Modern TRIZ workshop, I came up with a new idea which improves my own patent. This is simply fabulous! I would never have believed before that it is possible!

We have known TRIZ for more than 10 years, and have successfully used it in engineering consulting and student training. And we saw a new TRIZ at lectures and workshops delivered by Professor Orloff in the Republic of Korea before experts working for SAMSUNG

and other companies, and before faculty and students of several universities.

Modern TRIZ makes it possible to rapidly raise young experts to the level of experienced gurus, while the gurus, in their turn, become "young" and proactive. The most important advantage of Modern TRIZ is that it accumulates, selects and transfers experience based on standardized reinventing.

Im simply amazed by how simple and efficient Modern TRIZ models are. And now I am convinced that Modern TRIZ must be taught at our Pedagogical University and at other universities.

Michael A. Orloff is a founder of Academy International for Modern TRIZ (2000), inventor and constructor of EASyTRIZ educational technology and effective educational-practical software EASyTRIZ, author of several TRIZ-textbooks, published in USA, Germany, Russia, China and Korea. He is a system development specialist and has more than 60 inventions developed individually and for well-known companies. With Modern TRIZ technology of systematic innovention, he lectures at universities and advises companies in many countries. He provides a course "Global Sustainable Innovention with Modern TRIZ" for program "Master of Science in Global Production Engineering" at Berlin University of Technology (Technische Universität Berlin).

Prof. Orloff, founder of the International Academy of Modern TRIZ, is the author of a textbook on TRIZ which has been translated into several languages.