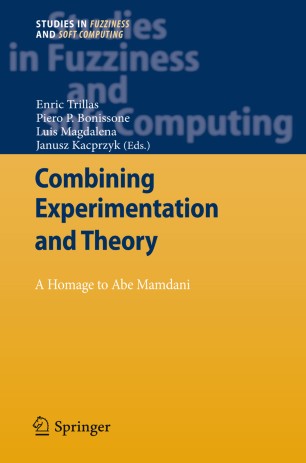 A Hommage to Abe Mamdani

Part of the Studies in Fuzziness and Soft Computing book series (STUDFUZZ, volume 271)

The unexpected and premature passing away of Professor Ebrahim H. "Abe" Mamdani on January, 22, 2010, was a big shock to the scientific community, to all his friends and colleagues around the world, and to his close relatives. Professor Mamdani was a remarkable figure in the academic world, as he contributed to so many areas of science and technology. Of great relevance are his latest thoughts and ideas on the study of language and its handling by computers.

The fuzzy logic community is particularly indebted to Abe Mamdani (1941-2010) who, in 1975, in his famous paper An Experiment in Linguistic Synthesis with a Fuzzy Logic Controller, jointly written with his student Sedrak Assilian, introduced the novel idea of fuzzy control. This was an elegant engineering approach to the modeling and control of complex processes for which mathematical models were unknown or too difficult to build, yet they could effectively and efficiently be controlled by human operators. This ground-breaking idea has found innumerable applications and can be considered as one of the main factors for the proliferation and adoption of fuzzy logic technology.

Professor Mamdani's own life and vital experience are illustrative of his “never surrendering” attitude while facing adversaries, which is normal for a person proposing any novel solution, and represent a great example for everybody. His subtle sense of humor, his joy for life, and his will to critically help people, especially young people, were characteristics deeply appreciated by all the people who enjoyed and benefited from his friendship and advice.

This book constitutes a posthumous homage to Abe Mamdani. It is a collection of original papers related in some way to his works, ideas and vision, and especially written by researchers directly acquainted with him or with his work. The underlying goal of this book will be fulfilled if, in the very spirit of Mamdani's legacy, the papers will trigger a scientific or philosophical debate on the issues covered, or contribute to a cross-fertilization of ideas in the various fields.