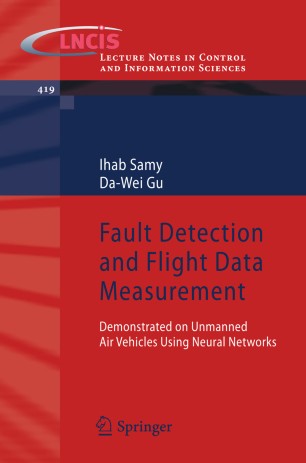 This book considers two popular topics: fault detection and isolation (FDI) and flight data estimation using flush air data sensing (FADS) systems. Literature surveys, comparison tests, simulations and wind tunnel tests are performed. In both cases, a UAV platform is considered for demonstration purposes. In the first part of the book, FDI is considered for sensor faults where a neural network approach is implemented. FDI is applied both in academia and industry resulting in many publications over the past 50 years or so. However few publications consider neural networks in comparison to traditional techniques such as observer based, parameter estimations and parity space approaches. The second part of this book focuses on how to estimate flight data (angle of attack, airspeed) using a matrix of pressure sensors and a neural network model. In conclusion this book can serve as an introduction to FDI and FADS systems, a literature survey, and a case study for UAV applications.