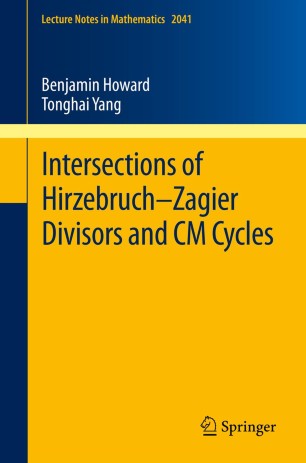 This monograph treats one case of a series of conjectures by S. Kudla, whose goal is to show that Fourier of Eisenstein series encode information about the Arakelov intersection theory of special cycles on Shimura varieties of orthogonal and unitary type. Here, the Eisenstein series is a Hilbert modular form of weight one over a real quadratic field, the Shimura variety is a classical Hilbert modular surface, and the special cycles are complex multiplication points and the Hirzebruch–Zagier divisors. By developing new techniques in deformation theory, the authors successfully compute the Arakelov intersection multiplicities of these divisors, and show that they agree with the Fourier coefficients of derivatives of Eisenstein series.