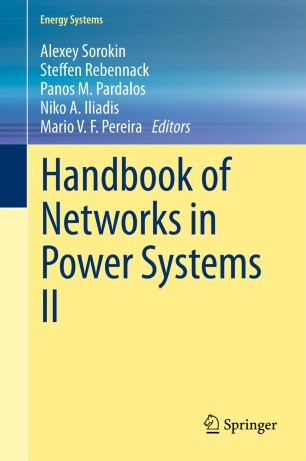 Energy has been an inevitable component of human lives for decades. Recent rapid developments in the area require analyzing energy systems not as independent components but rather as connected interdependent networks. The Handbook of Networks in Power Systems includes the state-of-the-art developments that occurred in the power systems networks, in particular gas, electricity, liquid fuels, freight networks, as well as their interactions. The book is separated into two volumes with three sections, where one scientific paper or more are included to cover most important areas of networks in power systems. The first volume covers topics arising in electricity network, in particular electricity markets, smart grid, network expansion, as well as risk management. The second volume presents problems arising in gas networks; such as scheduling and planning of natural gas systems, pricing, as well as optimal location of gas supply units. In addition, the second volume covers the topics of interactions between energy networks. Each subject is identified following the activity on the domain and the recognition of each subject as an area of research. The scientific papers are authored by world specialists on the domain and present either state-of-the-arts reviews or scientific developments.

Panos Pardalos is a Distinguished Professor at the University of Florida. He is also the Director of the Center of Applied Optimization.

Steffen Rebennack works with Pardalos at the University of Florida.