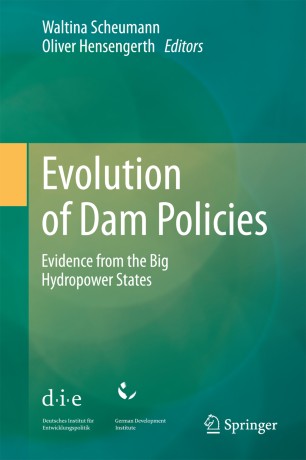 Evidence from the Big Hydropower States

The World Commission on Dams’ (WCD) report (2000) “Dams and Development: A New Framework for Decision-Making” has set a landmark in the highly contested controversy over large dams which has yet not ended. Now that more than ten years passed, one has to realize that the WCD norms matter but that their real chance of getting implemented relies on whether their core values, strategic priorities and guidelines are accepted by national decision-makers and are translated into official policies and practices.  With the liberalization and deregulation of the energy sector, new actors such as private investors come into play, and new regulatory bodies were created. Furthermore, international financial institutions had reduced their commitment to dam building during the 1990s but are slowly re-engaging in the dam business in order to facilitate a low carbon development path (hydropower being one component in the renewable energy mix). Stricter international norms and the change of actors that resulted in changes of decision-making structures has forced the international environment movement to adjust its political strategies. Therefore we were particularly interested in understanding the role civil society and transnational NGO-networks play in influencing decisions on international and national levels. Meanwhile, Chinese actors, such as China ExIm Bank and Sinohydro, managed to become the largest financiers of dam projects in Africa and are catching up in Asia, and it is argued by many, that they distort competition. In order not to simply endorse widespread prejudices, Chinese engagement is judged on evidence obtained in the field (Ghana and Cambodia).
The chapters cover the broad range of issues mentioned. In detail, the two introductory chapters consider changes in the global dam debate and government reaction to this, exemplified by development policies of the German government. Section I considers norm formation processes in Brazil, China, India and Turkey, including the application of norms in selected dam projects. Section II examines the relevance of new actors in driving norms for hydroelectric dams. The focus here is on two sets of actors: private companies in liberalised energy markets and transnational advocacy networks. Section III analyses the role of Chinese actors (government, banks and firms) in norm diffusion in Chinese foreign direct investment in hydroelectric dams. The issues are then explored in detail, exemplified by Chinese investment in Ghanaian and Cambodian hydropower projects.