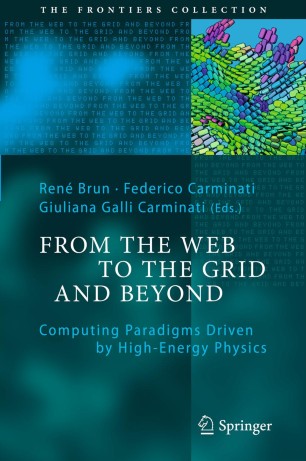 From the Web to the Grid and Beyond

Born after World War II, large-scale experimental high-energy physics (HEP) has found itself limited ever since by available accelerator, detector and computing technologies. Accordingly, HEP has made significant contributions to the development of these fields, more often than not driving their innovations. The invention of the World Wide Web at CERN is merely the best-known example out of many. This book is the first comprehensive account to trace the history of this pioneering spirit in the field of computing technologies. It covers everything up to and including the present-day handling of the huge demands imposed upon grid and distributed computing by full-scale LHC operations - operations which have for years involved many thousands of collaborating members worldwide and accordingly provide the original and natural testbed for grid computing concepts. This book takes the reader on a guided tour encompassing all relevant topics, including programming languages, software engineering, large databases, the Web, and grid- and cloud computing. The important issue of intellectual property regulations for distributed software engineering and computing is also addressed. Aptly, the book closes with a visionary chapter of what may lie ahead. Approachable and requiring only basic understanding of physics and computer sciences, this book is intended for both education and research.

“The editors of this book have brought together chapters written by many well-known people in the field of computing in high-energy physics. … It is a highly interesting book, and I plan to read many of the chapters again.” (Peter Clarke, CERN Courier, April, 2014)

“This book is a review of developments over the past 30 years, showing how many mainstream concepts and technologies were originally used by physicists. … The book’s 11 chapters cover a broad range of topics. … This is an interesting book from a computer historian perspective, offering a number of lesser-known details on the early years of scientific computing and networking.” (Alessandro Berni, ACM Computing Reviews, March, 2013)