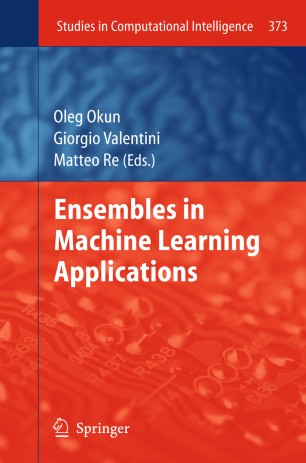 This book contains the extended papers presented at the 3rd Workshop on Supervised and Unsupervised Ensemble Methods
and their Applications (SUEMA) that was held in conjunction with the European Conference on Machine Learning and
Principles and Practice of Knowledge Discovery in Databases (ECML/PKDD 2010, Barcelona, Catalonia, Spain).
As its two predecessors, its main theme was ensembles of supervised and unsupervised algorithms – advanced machine
learning and data mining technique. Unlike a single classification or clustering algorithm, an ensemble is a group
of algorithms, each of which first independently solves the task at hand by assigning a class or cluster label
(voting) to instances in a dataset and after that all votes are combined together to produce the final class or
cluster membership. As a result, ensembles often outperform best single algorithms in many real-world problems.

This book consists of 14 chapters, each of which can be read independently of the others. In addition to two
previous SUEMA editions, also published by Springer, many chapters in the current book include pseudo code and/or
programming code of the algorithms described in them. This was done in order to facilitate ensemble adoption in
practice and to help to both researchers and engineers developing ensemble applications.