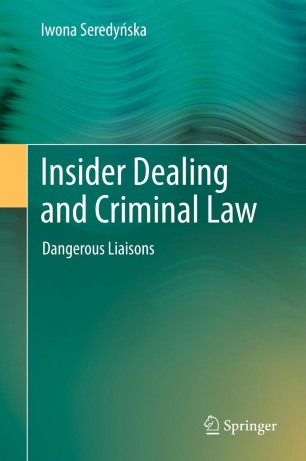 This work is a multidisciplinary analysis of the issue of insider dealing from the perspective of the applicability of criminal law to regulate it. First, it examines the nature of its prohibition in the European Union and in the United States of America. The text includes a more extensive overview of prohibition in four Member States of the European Union (France, the United Kingdom, Luxembourg and Poland). Then, it summarises the arguments presented by ethicists and economists in favour of and against insider dealing. Further, it analyses the foundations of criminal law and justifications that are given for its application. On the basis of this analysis, it presents a new two-step theory of criminalisation. The first step is based on a liberal theory of wrongfulness that makes reference to protection of the basic human rights. The second step relies on classical but often forgotten principles of criminal law. Finally, it examines possible alternatives to criminal rules.