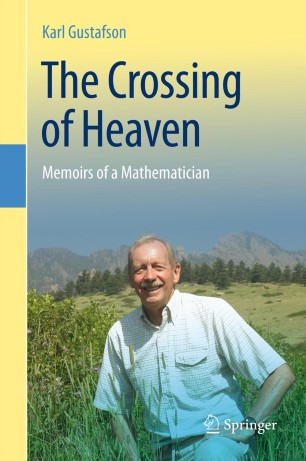 The Crossing of Heaven

Memoirs of a Mathematician

As one of the most prolific mathematicians of our time, Karl Gustafson has been a central figure in the astonishing technological revolution of the last half-century—a revolution which has transformed human life. This, his own account of his journey through those decades, takes the reader from his early pioneering work in computing and espionage, where his contribution was vital to the American Cold War effort, to his observations on core contemporary issues such as the stability of the world’s financial system.

Gustafson’s crucial role in top-secret military intelligence, which saw him tracking Russian submarines, intercepting electronic intelligence and writing the software for America’s first spy satellite, is related here for the first time. His narrative includes fascinating encounters with Nobel laureates and figures of historical importance, the European post-doctoral fellowships that expanded his perspectives on science and life, and hair-raising stories from his early rock-climbing days including brushes with death then and later, such as being struck by lightning and knocked unconscious near a mountain top. Gustafson’s wide-ranging mathematical accomplishments have led to invitations and travel throughout the world, and he tells of the great—and at times strange—personalities he has met along the way. His unique journey has included hard knocks and beautiful women, who have, as he likes to say, added to the great adventure.