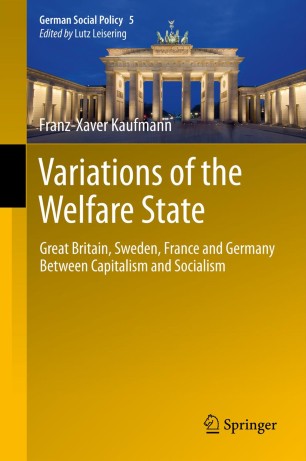 Variations of the Welfare State

Great Britain, Sweden, France and Germany Between Capitalism and Socialism

In the burgeoning literature on welfare regimes and typologies, this comparative study offers a stimulating new perspective. Kaufmann, the doyen of the sociology of social policy in Germany, emphasizes norms, culture and history, in contrast to political economy approaches. Comparing Britain, Sweden, France and Germany, Kaufmann highlights the „idiosyncrasy” of each welfare state: countries are compared with regard to their state traditions and the relationship between state and civil society; their national “social questions”; their economic systems, including the unions and labour law; social security and redistribution; and their personal social services and education. The socio-cultural approach enables Kaufmann to show that not all modern states are welfare states. Some are just „capitalism“ (the USA), others are „socialism“ (the former Soviet Union). In this light, the (essentially North-West European) welfare state is portrayed as a third way between capitalism and socialism.