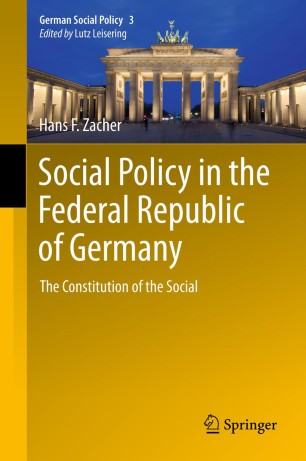 The Constitution of the Social

This book investigates the history of the post-war welfare state in Germany and its normative foundations, with special emphasis on constitutional issues. The author, formerly Director of the Max-Planck-Institute for Foreign and International Social Law, Munich, and President of the Max-Planck-Society, argues that social policy – not only in Germany – is about struggles over the “social”. The “social” is an open and changing concept that reflects the modern quest for equality, voiced in semantics like justice, participation, inclusion and security. The “social” and the “social state” (the German term for welfare state) are enshrined in the German Constitution of 1949, the Grundgesetz. The book sets out the phases of welfare state development in depth. Social policies are analysed in view of wider contexts, especially the nation state, the rule of law (Rechtsstaat), federalism and democracy. The author emphasizes the dialectics between the national character of the welfare state and its manifold international references.