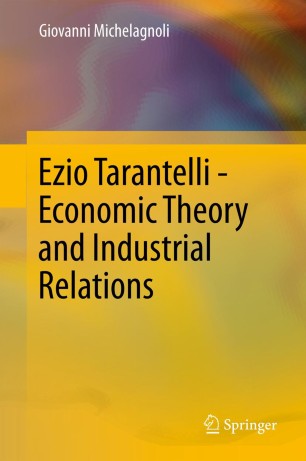 The present book analyses the work of Ezio Tarantelli,  a remarkable Italian scientist and economist killed by the Red Brigades in 1985 after only a short life (1941-1985). Tarantelli’s work and its implications are not only of importance for Italian researchers, but also represents a contribution of interest to economists worldwide. The first chapter of this volume shows the most important features of the European and Italian economy from 1970 to 1985. The contribution of Tarantelli, in fact, was his attempt to address the questions arising from such a context, incorporating the thought of F. Modigliani and J. Robinson in the process. After  some brief biographical notes in the second chapter, the third and the fourth concentrate on Tarantelli’s theoretical contribution. The fifth chapter and the conclusions, finally, show how, from his economic analysis, he derived some economic policy proposals that still hold relevance today. The text includes a complete bibliography of his scientific writings.