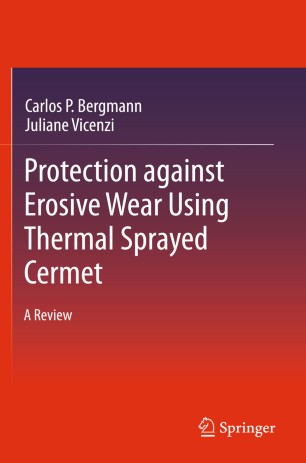 Erosive wear is characterized by successive loss of material from the surface due to the continuous impact of solid particles. This type of wear affects numerous industries, such as power generation, mining, and the pneumatic transportation of solids. The worst case scenario normally occurs where there is a combination of both erosion and oxidation, especially at high temperatures. In order to minimize damage caused by erosive wear, many authors propose the use of better bulk materials or surface coatings, and generally cermets are suggested. Various researchers have conducted experiments to study the wear mechanisms occurring in this kind of materials, but most of these experiments do not lead to similar results; in fact, there is no accordance among the authors, and moreover, some wear variables are ignored. In this book, studies undertaken in this field by several investigators have been discussed extensively. At the end of it, table reviews are suggested to summarize the most important mechanisms of the erosive wear in bulk and coating cermets.