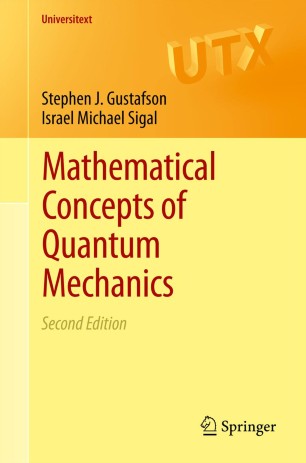 The book gives a streamlined introduction to quantum mechanics while describing the basic mathematical structures underpinning this discipline.

Starting with an overview of key physical experiments illustrating the origin of the physical foundations, the book proceeds with a description of the basic notions of quantum mechanics and their mathematical content.

It then makes its way to topics of current interest, specifically those in which mathematics plays an important role. The more advanced topics presented include many-body systems, modern perturbation theory, path integrals, the theory of resonances, quantum statistics, mean-field theory, second quantization, the theory of radiation (non-relativistic quantum electrodynamics), and the renormalization group.