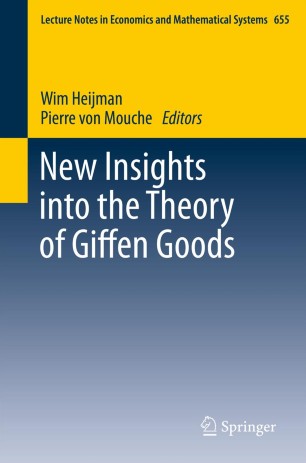 New Insights into the Theory of Giffen Goods

One might expect that after their identification in the 19th century, all aspects of Giffen goods would have been studied by now. This appears not to be the case. This book contains the latest insights into the theory of Giffen goods. In the past, surprisingly few goods could be categorized as “Giffen.” This may be because of a lack of understanding of the character of these goods. Therefore, the theories explained in this book may also produce a solid basis for further empirical research in the field. Experts throughout the world have contributed to this book, which predominantly pursues a mathematically rigorous approach. It may be used by researchers in the field of fundamental economics and in graduate-level courses in advanced microeconomics.