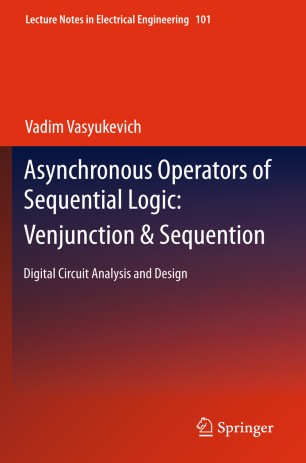 This book is dedicated to new mathematical instruments assigned for logical modeling of the memory of digital devices. The case in point is logic-dynamical operation named venjunction and venjunctive function as well as sequention and sequentional function. Venjunction and sequention operate within the framework of sequential logic. In a form of the corresponding equations, they organically fit analytical expressions of Boolean algebra. Thus, a sort of symbiosis is formed using elements of asynchronous sequential logic on the one hand and combinational logic on the other hand. So, asynchronous logic is represented in the form of enhanced Boolean logic. The book contains initial concepts, fundamental definitions, statements, principles and rules needed for theoretical justification of the mathematical apparatus and its validity for asynchronous logic. Asynchronous operators named venjunctor and sequentor are designed for practical implementation. These basic elements are assigned for realizing of memory functions in sequential circuits. Present research work is the final stage of generalization and systematization of all those ideas and investigations, author’s interest to which alternately flashed up and faded over many years and for various reasons until formed “critical mass”, and all findings were arranged definitively as a mathematical basis of a theory appropriately associated under a common theme – asynchronous sequential logic, essentially classified as switching logic, which falls into category of algebraic logics.