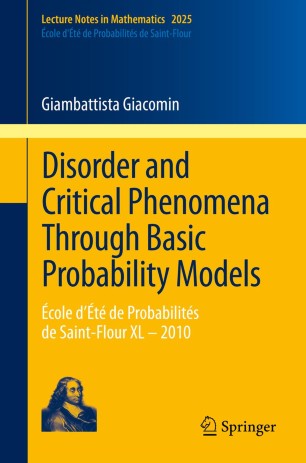 Understanding the effect of disorder on critical phenomena is a central issue in statistical mechanics. In probabilistic terms: what happens if we perturb a system exhibiting a phase transition by introducing a random environment? The physics community has approached this very broad question by aiming at general criteria that tell whether or not the addition of disorder changes the critical properties of a model: some of the predictions are truly striking and mathematically challenging. We approach this domain of ideas by focusing on a specific class of models, the "pinning models," for which a series of recent mathematical works has essentially put all the main predictions of the physics community on firm footing; in some cases, mathematicians have even gone beyond, settling a number of controversial issues. But the purpose of these notes, beyond treating the pinning models in full detail, is also to convey the gist, or at least the flavor, of the "overall picture," which is, in many respects, unfamiliar territory for mathematicians.