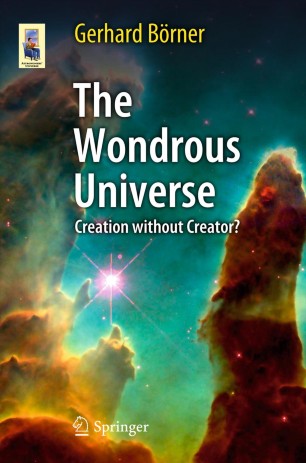 The world as it is viewed from modern physics and cosmology has many strange and unexpected features. Often these are in stark contrast with our everyday experience or our preconceptions, such as the concept of space and time as finite and changeable. Nevertheless it is this strange world which is the fundamental basis of our existence. Therefore modern science also has a few things to say about the age-old questions: Who are we? – Where do we come from? – Where are we going?

The author, an experienced scientist and teacher, presents the knowledge that we have about our world for non-experts. He takes us on a journey through cosmology and the quantum world of elementary particles. And he sketches the impact of the insights gained into philosophical assumptions and religious beliefs in these disciplines. In the end he asks the speculative question whether there is something beyond the limits of the natural sciences.

Gerhard Börner is a Professor of Physics at the Ludwig Maximilians University in Munich and conducts research on the early universe and dark matter at the Max Planck Institute for Astrophysics in Garching near Munich. He received his PhD for a thesis on particle physics under the supervision of Werner Heisenberg and Hans-Peter Dürr. Professor Börner is the author of the successful graduate textbook "The Early Universe" (published by Springer and now in its 4th edition), as well as of several popular science books on cosmology. In 2009 he received the Chinese Academy of Sciences Award for International Cooperation in Science and Technology (together with Prof. Maurice-Roger Bonnet). In 2010 he received the "Friendship Award," and in January 2011 the Chinese government’s National Award for Cooperation in Science and Technology, the highest honor bestowed on foreigners.