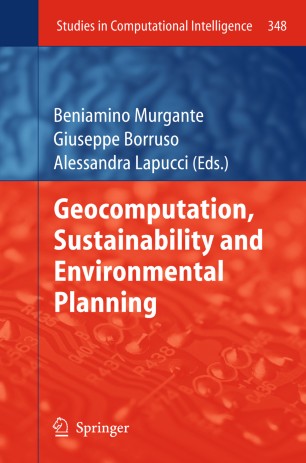 The experience developed by Ian McHarg represents the first attempt to base environmental planning on more objective methods. In particular, he supposed that the real world can be considered as a layer cake and each layer represents a sectoral analysis. This metaphor represents the fundamental of overlay mapping. At the beginning, these principles have been applied only by hand, just considering the degree of darkness, produced by layer transparency, as a negative impact. In the following years, this craftmade approach, has been adopted for data organization in Geographical Information Systems producing analyses with a high level of quality and rigour. Nowadays, great part of studies in environmental planning field have been developed using GIS. The next step relative to the simple use of geographic information in supporting environmental planning is the adoption of spatial simulation models, which can predict the evolution of phenomena. As the use of spatial information has definitely improved the quality of data sets on which basing decision-making process, the use of Geostatistics, spatial simulation and, more generally, geocomputation methods allows the possibility of basing the decision-making process on predicted future scenarios. It is very strange that a discipline such as planning which programs the territory for the future years in great part of cases is not based on simulation models. Sectoral analyses, often based on surveys, are not enough to highlight dynamics of an area. Better knowing urban and environmental changes occurred in the past, it is possible to provide better simulations to predict possible tendencies.

The aim of this book is to provide an overview of the main methods and techniques adopted in the field of environmental geocomputation in order to produce a more sustainable development.