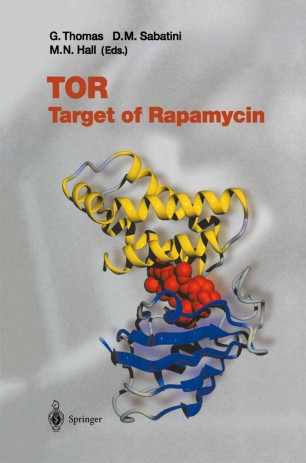 TOR, the Target of Rapamycin was discovered a little over ten years ago in a genetic screen in S. cerevisiae in search of mutants resistant to the cytostatic effects of the anti-mycotic, rapamycin. Since that time orthologues have been identified in all eukaryotes examined to date, including humans. Recent studies have placed TOR at the interface between nutrient sensing and the regulation of major anabolic and catabolic responses. The significance of understanding the molecular mechanisms which control TOR function has been underscored by Phase 1 clinical trials, showing that rapamycin is not only therapeutically important as an immunosuppressive but is also efficacious in the treatment of solid tumors. Indeed, currently, homologues of rapamycin are in broad-based trials to determine its use in the treatment of other pathological conditions, such as inflammation and restenosis. Given these observations a great deal of attention has been drawn to TOR and its role cellular homoeostasis and human disease. Here we have gathered the leading figures in the field to summarize their own contributions to uncovering TOR function and to speculate where they think the field will be moving in the next few years.