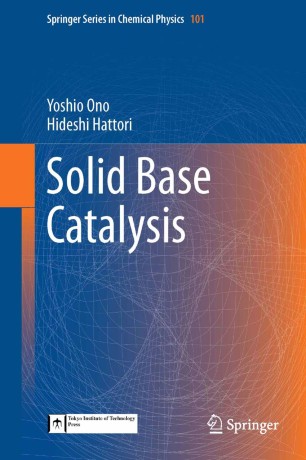 The importance of solid base catalysts has come to be recognized for their environmentally benign qualities, and much significant progress has been made over the past two decades in catalytic materials and solid base-catalyzed reactions. The book is focused on the solid base. Because of the advantages over liquid bases, the use of solid base catalysts in organic synthesis is expanding. Solid bases are easier to dispose than liquid bases, separation and recovery of products, catalysts and solvents are less difficult, and they are non-corrosive. Furthermore, base-catalyzed reactions can be performed without using solvents and even in the gas phase, opening up more possibilities for discovering novel reaction systems. Using numerous examples, the present volume describes the remarkable role solid base catalysis can play, given the ever increasing worldwide importance of "green" chemistry. The reader will obtain an overall view of solid base catalysis and gain insight into the versatility of the reactions to which solid base catalysts can be utilized. The concept and significance of solid base catalysis are discussed, followed by descriptions of various methods for the characterization of solid bases, including spectroscopic methods and test reactions. The preparation and properties of base materials are presented in detail, with the two final chapters devoted to surveying the variety of reactions catalyzed by solid bases.