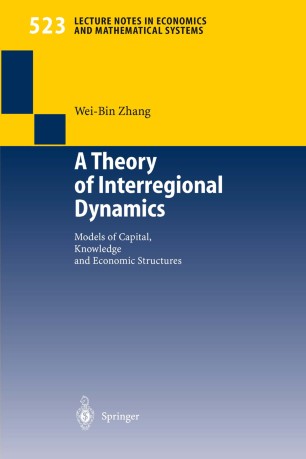 Over more than two centuries the development of economic theory has created a wide array of different theories, concepts and results. Nevertheless, there is no general theory, which mrifies these varied theories into a comprehensive one. Economics has been split between partial and conflicting representations of the functioning of market economies. We have a collection of separate theories such as the Marxian economics, the Keynesian economics, the general equilibrium theory, and the neoclassical growth theory. These diverse economic theories have co-existed but not in a structured relationship with each other. Economic students are trained to understand economic phenomena by severally incompatible theories one by one in the same course. Since the end of Second Wodd War many crises in economic theory have been announced. The economist experienced the crisis of the general equilibrium economics, the crisis of the neoclassical growth economics, the crisis of the Keynesian economics, not to mention the crises of the Marxian economics. It is quite reasonable to expect the loss of confidence in theoretical economics even among professional economists after so many crises in a very short period of time. But a crisis offers new opportmrities for change, either for better or for worse. The past crises in theoretical economics may be perceived as a historical opportmrity to construct a general economic theory by which the traditional theories are integrated into a higher whole.