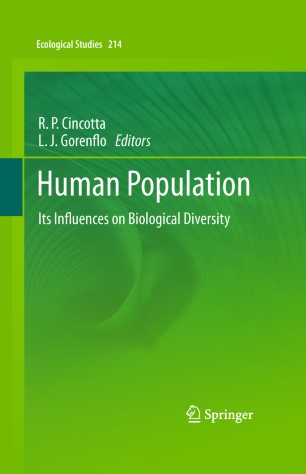 Its Influences on Biological Diversity

In this volume the dynamic patterns of human density and distribution are examined in relation to the viability of native species and the integrity of their habitats. Social, biological, and earth scientists describe their models, outline their conclusions from field studies, and review the contributions of other scientists whose work is essential to this field. The book starts with general theories and broad empirical relationships that help explain dramatic changes in the patterns of the occurrence of species, changes that have developed in parallel with human population growth, migration and settlement. In the following chapters specific biomes and ecosystems are highlighted as the context for human interactions with other species. A discussion of the key themes and findings covered rounds out the volume. All in all, the work presents our species, Homo sapiens, as what we truly have been and will likely remain—an influential, and often the most influential, constituent in nearly every major ecosystem on Earth.