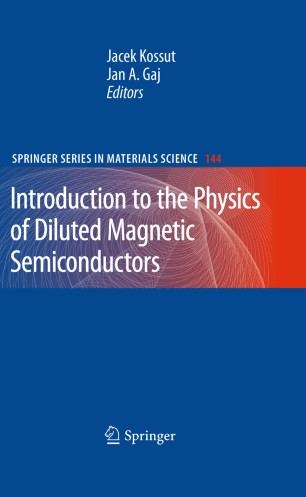 Introduction to the Physics of Diluted Magnetic Semiconductors

The book deals with diluted magnetic semiconductors, a class of materials important to the emerging field of spintronics. In these materials semiconducting properties, both transport and optical, are influenced by the presence of magnetic ions. It concentrates on basic physical mechanisms (e.g. carrier-ion and ion-ion interactions) and resulting phenomena (e.g. magnetic polaron formation and spin relaxation). Introduction to the Physics of Diluted Magnetic Semiconductors is addressed to graduate-level and doctoral students and young researchers entering the field. The authors have been actively involved in the creation of this branch of semiconductor physics.

Jacek Kossut and Jan Gaj belong to the group of researchers whose early work has put diluted magnetic semiconductors on the map. All contributing authors are prominent scientists who gave continue to give extensive input to each subfield they deal with.