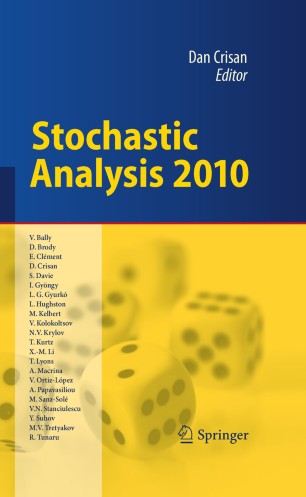 Dr. Dan Crisan is a Reader in Mathematics at Imperial College London, whose expertise area lies in Stochastic Analysis with applications in Engineering and Finance. His main area of research is stochastic filtering theory, a topic which deals with the estimation of partially observed signals. Some of the many applications of stochastic filtering are signal processing, satellite tracking, global positioning systems, spell checkers, weather forecasting, EEG/ECG analysis and computer vision. In 2009 Springer published his book Fundamentals of Stochastic Filtering. Dr. Crisan is member of the editorial board of the Journal of Mathematics and Computation. He is also actively involved in teaching. Among numerous other courses, he has taught stochastic filtering, numerical Stochastics, and measure-valued processes at Imperial College; applied probability, and stochastic calculus and applications at Cambridge University.