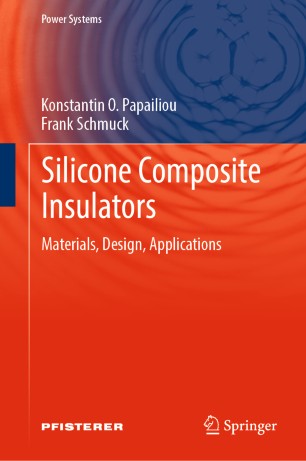 Composite insulators have been in service in electric power networks successfully for more than 40 years, and now up to the highest operating voltages. The present book extensively covers such insulators with a special focus on today’s prevalent material, which is silicone rubber. It includes a detailed description of the electrical and mechanical characteristics of composite insulators, their material properties, their design as well as typical applications and service experience. Particular attention is given to the mechanical behavior of long rod and post insulators, insulated cross-arms, interphase spacers and hollow core apparatus insulators. The state of the art on manufacturing procedures and the selection and dimensioning of the necessary power arc and corona fittings is presented as well as evaluation tests of “old” insulators, i.e. insulators after many years in service. The closing chapter deals with an up to date overview of test procedures and IEC standards.

The selection and the contents of the various subjects covered in this book are based on the authors’ more than thirty years of experience with a renowned European manufacturer of composite insulators and string hardware. Their long and active participation in the relevant CIGRE and IEC working bodies adding to this experience. This book is therefore addressed to practicing engineers from electric utilities and the industry, as well as to academic professionals.

From 1975 to 1985 he was Head of Technology and International Sales at Gesellschaft für elektrische Anlagen (GEA), in Fellbach, and was CEO of PFISTERER SEFAG AG in Malters (Switzerland) from 1986 to 2002.

He is Chairman of the CIGRE Study Committee for Overhead Transmission Lines and has published numerous papers in professional journals, such as CIGRE ELECTRA, IEEE Transactions, Elektrizitätswirtschaft and SEV Bulletin. He is also co-author of the “EPRI Transmission Line Reference Book – Wind Induced Conductor Motion”.

Dr. Frank Schmuck is a member of the Management Board of PFISTERER SEFAG AG in Malters (Switzerland). He studied for his degree at the University of Applied Sciences in Zittau, specialising in high-voltage insulating technology, before going on to earn his doctorate degree. He received his venia legend (habilitation) from the technical University of Dresden.

From 1992 to 1994 he was a scientific assistant at the Technology Centre North at Rheinmetall AG (Germany), before becoming Product Manager and Head of Development for epoxy resin-reinforced electrical components and composite hollow core insulators from 1994 to 1998 at Cellpack (Switzerland), Field of Advanced Composites. Since 1998 he has been employed by PFISTERER SEFAG, since 2009 in the capacity of Head of Development and Technology of the Centre of Competence for Overhead Transmission Lines and for OEM Products.

Since 1994 he has been involved in international CIGRE and IEC working groups, and since 2006 he has been the Convenor of the CIGRE working group for insulators. Since the beginning of 2012 he is also Chairman of the Swiss TC 36, Insulators. He has more than 70 publications in professional journals of CIGRE and the IEEE, and since 2007 he has been a columnist for the international insulator magazine “Insulator News and Market Report”.