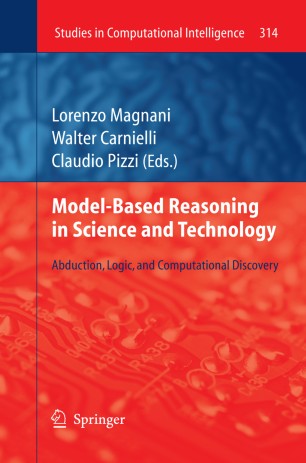 Model-Based Reasoning in Science and Technology

The volume is based on the papers that were presented at the international conference Model-Based Reasoning in Science and Technology (MBR09_BRAZIL), held at the University of Campinas (UNICAMP), Campinas, Brazil, December 2009. The presentations given at the conference explored how scientific cognition, but several other kinds as well, use models, abduction, and explanatory reasoning to produce important or creative changes in theories and concepts. Some speakers addressed the problem of model-based reasoning in technology, and stressed the issue of science and technological innovation. The various contributions of the book are written by interdisciplinary researchers who are active in the area of creative reasoning in logic, science, and technology: the most recent results and achievements about the topics above are illustrated in detail in the papers. The book is divided in three parts, which cover the following main areas: part I, abduction, problem solving, and practical reasoning; part II: formal and computational aspects of model based reasoning; part III, models, mental models, representations.