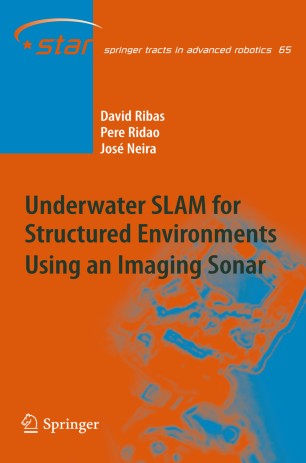 This monograph presents different techniques developed with the objective of providing a solution to the navigation problem for Autonomous Underwater Vehicles (AUVs) operating in structured environments, with special attention to localization techniques but, particularly, to the application of SLAM (Simultaneous Localization And Mapping) techniques as a self-contained system which requires neither previous knowledge of the scenario nor the use of absolute positioning systems like GPS, LBL or USBL. This monograph presents techniques for feature extraction capable of dealing with the particular complexities of a mechanically scanned imaging sonar. The described approaches are designed for use in structured environments like those present in many industrial scenarios, specifically for scenarios containing manmade structures in the form of rectilinear walls like those met in harbours, breakwaters, marinas, canal systems, etc.