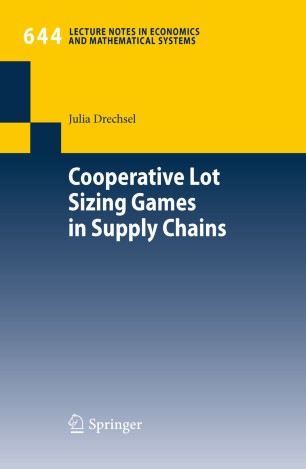 The presented work combines two areas of research: cooperative game theory and lot size optimization. One of the most essential problems in cooperations is to allocate cooperative profits or costs among the partners. The core is a well known method from cooperative game theory that describes efficient and stable profit/cost allocations. A general algorithm based on the idea of constraint generation to compute core elements for cooperative optimization problems is provided. Beside its application for the classical core, an extensive discussion of core variants is presented and how they can be handled with the proposed algorithm. The second part of the thesis contains several cooperative lot sizing problems of different complexity that are analyzed regarding theoretical properties like monotonicity or concavity and solved with the proposed row generation algorithm to compute core elements; i.e. determining stable and fair cost allocations.