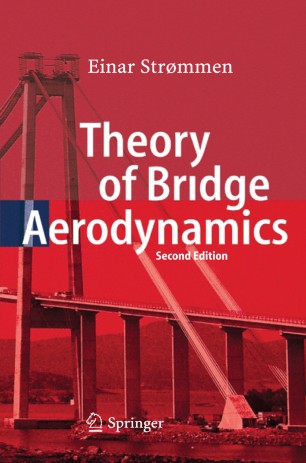 In this second edition a new chapter has been added covering the buffeting theory in a finite element format. The motivation for this has been that a finite element format is becoming more and more dominant in all areas of structural mechanics. It is streamlined for computer programming, and it facilitates the use of general purpose routines that are applicable in several types of structural engineering problems. In this book the finite element formulation of the problem of dynamic response calculations follows the general principle of virtual work, a general principle which may be found in many other text books. While the buffeting wind load itself has with no trouble been included in a finite element format, the main challenge has been to obtain a consistent formulation that includes all the relevant motion induced forces. This has been important, because, while many structures (e.g. long-span suspension bridges) may suffer greatly and become unstable at high wind velocities, the same structures may also benefit from these effects at the design wind velocity. It is well known that motion induced forces will change the stiffness and damping properties of the combined structure and flow system. If calculations are performed for a suitably close set of increasing mean wind velocities and the changing mechanical properties (stiffness and damping) are updated from one velocity to the next, then the response of the system may be followed up to wind velocities close to the stability limit, i.e. up to response values that are perceived as unduly large. Finite element calculations may be performed in time domain, in frequency domain or converted into a modal format. All these options have been included. Pursuing a time domain solution strategy requires the use of the so-called indicial functions. The theory behind such a formulation is also covered, and the determination of these functions from aerodynamic derivatives has been included in a separate appendix.