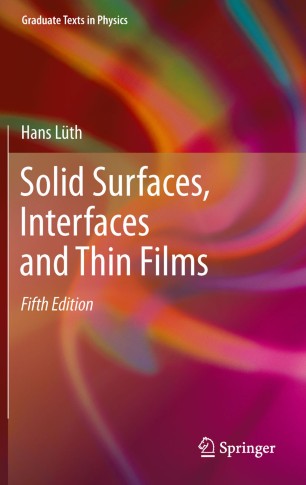 This book emphasises both experimental and theoretical aspects of surface, interface and thin film physics. As in previous editions the preparation of surfaces and thin films, their atomic and morphological, their vibronic and electronic properties as well as fundamentals of adsorption are treated. Because of their importance in modern information technology and nanostructure physics particular emphasis is paid to electronic surface and interface states, semiconductor space charge layers and heterostructures as well as to superconductor/semiconductor interfaces and magnetic thin films. The latter topic was significantly extended in this new edition by more details about the giant magnetoresistance and a section about the spin-transfer torque mechanism including one new problem as exercise. Two new panels about Kerr-effect and spin-polarized scanning tunnelling microscopy were added, too. Furthermore, the meanwhile important group III-nitride surfaces and high-k oxide/semiconductor interfaces are shortly discussed in this new 5th edition of the book.