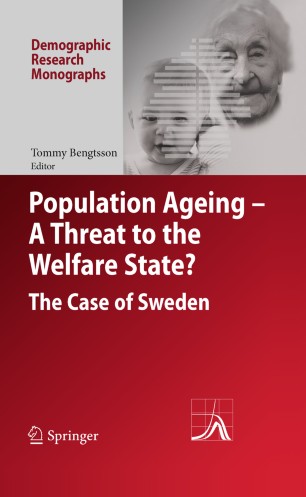 Population Ageing - A Threat to the Welfare State?

The Case of Sweden

This book is the first to take a comprehensive view of the challenges that population ageing present in the near future taking Sweden as the case. Can the increasing number of retirees per worker be stopped by immigration or increasing fertility or will we need to increase pension age instead? Cost for the social-care system is readily increasing; even more is the costs for health care. Can the galloping costs be funded by an increase in taxes or do we need to make reforms, similar to the ones already made in the pension system, which has been used as a model for many other countries. The fact that it is difficult to make health care dependent on personal contributions, as is the case of the pension system, funding of health care is a true test of solidarity across generations. The book ends with a discussion on whether the demographic challenge to the welfare system is also a threat to the welfare state as such.

Tommy Bengtsson is Professor of Economic History and Demography at Lund University. He is also Director of the Centre for Economics Demography, same university, since 2006. Bengtsson has in recent years been co-author and co-editor of several books released at internationally distinguished publishers (MIT Press, OUP and Springer), and one of which received a prize from the American Sociological Association as Outstanding Book on Asia 2005. He has also had several articles published in international and well-known journals applying peer-review selection, and is co-editor for a special publication series at MIT Press. His international publications include Population, Economy and Welfare in Sweden (Springer–Verlag 1994), Population and Economy (Oxford University Press 2000, 2nd ed. 2003), Life Under Pressure (MIT Press 2004), Living Standards in the Past (Oxford University Press 2005), and Kinship and Demographic Behaviour in the Past (Springer 2008).