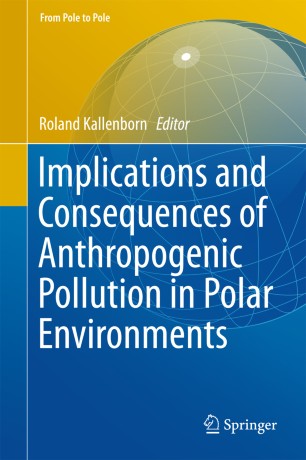 Implications and Consequences of Anthropogenic Pollution in Polar Environments

Part of the From Pole to Pole book series (POLE)

The first evidence on the adverse effects of organic pollutants on Arctic ecosystems was provided by international research initiatives more than 30 years ago. Today, the indigenous people of the North are considered to be affected by exposure to persistent organic pollutants (POPs) and metals through their traditional marine food sources. The occurrence of pollutants of emerging concern in remote Polar environments is considered an essential criterion for prioritising this (largely neglected) type of contamination in national, international and global regulation schemes.

Initiated during the first international Polar Years (IPY 2007-2009) and continued afterwards, 11 representative initiatives and projects are summarised as chapters in this book, which highlights today’s interdisciplinary research on POPs in the Polar environment. The individual chapters describe in detail the consequences, priorities and perspectives of international research on POPs (legacy and emerging xenobiotics), its implications for regulations and scientific priorities including societal and cultural developments in the Arctic, as well as conservation priorities in Antarctica.

This book is intended for all readers interested in learning more about modern research on environmental pollutants in the Polar environments (with a strong focus on Arctic environments). The impacts of pollution and climate change on Polar regions and the world as a whole will continue to be felt for many years to come. Sound science is, thus, vital in order to underpin actions that need to be taken at the global, regional and local levels. This book contributes to this highly relevant, interdisciplinary environmental scientific endeavour.